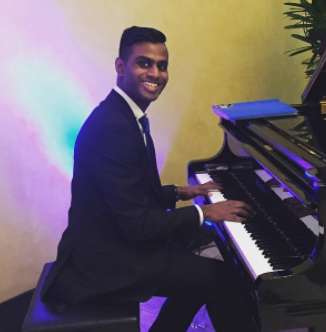 We last spoke to Kartik Kunasegaran a year ago, and now the rising musician is back with a new single, “Home Away From Home”.

Here we chat to the 21-year-old about his latest musical venture, auditioning for The X Factor and his desire to bring more diversity to Australian television.

I AM STARSTRUCK: What inspired you to go in this new direction of music and why did you write this song?

KARTIK: The title of this song actually explains itself. When I came to live in Sydney last year (2015) and study at the Conservatorium Of Music, I had an extremely warm welcome to Mandelbaum House, the current residential college I reside in. Moving countries is scary, but it soon became my home away from home, and I’m loving every moment of it.

This song, just like any of my other songs, is a creative outlet for me to express how I’m feeling at a certain point in my life. The lyrics and melody came so naturally. It is actually going to be used on Mandelbaum House’s website for their marketing purposes. My CEO loved it so much the first time she heard it, and thought it was a perfect representation of the college.

I AM STARSTRUCK: What have you been up to over the past 12 months?

KARTIK: So the last time we spoke, I had released my Wanderlust EP, which has helped me tremendously with my career. I only have 10 physical copies left from 300! That might not seem like a lot, but it’s promising at the start of this journey.

I’ve been performing frequently with my duo partner Jana as “Kartik & Jana” too. We won the Contemporary Duo Section of the Sydney Eisteddfod and even got invited back as guest artists to do a showcase performance.

With regards to my piano career, I’ve recently been appointed as Musical Director of The Grace Hotel in Sydney! I’m in charge of the Piano Lounge initiative and play there every Thursday and Friday from 5-10pm. By the way, there is live music there from 5-9pm every Monday-Thursday and 5-10pm Thursday-Saturday if anyone reading this is interested.

In terms of singing, I currently get booked by agents for weddings and corporate events, which is what I aimed for as a New Year’s Resolution.

Songwriting has also seen considerable success as I’m currently working with John Field (one of the songwriters for The Wiggles and Anthony Field’s brother!), co-writing and recording some songs on his upcoming adult album.

I also received news this week that I won 2nd prize for a competition called “Change the World with Your Song”, with my song “A Better Day”, also on my EP. The song is about an optimistic homeless person hoping for a better day.

I AM STARSTRUCK: What was it like auditioning for “The X Factor” producers? 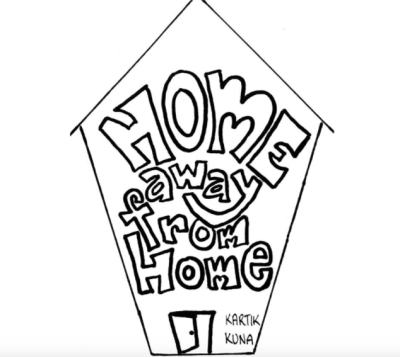 KARTIK: I treated it as a performance which I hardly get nervous for, but I have to admit that I was a bit shaky because it meant a lot to me. I got to the 2nd round with the producers but unfortunately didn’t make it to the TV rounds. I encourage anyone that can sing to audition for it! But be prepared to spend the whole day there if you make it through the 1st round – bring things/people that entertain you.

I AM STARSTRUCK: Have you watched the latest season of “The X Factor” and what do you think of the new coaches?

KARTIK: I haven’t watched it but that’s just because I don’t watch TV… a lot of Netflix though! The new coaches are alright, but I have a huge soft spot for Guy Sebastian. I really look up to him as a singer and an entertainer.

I AM STARSTRUCK: Will you try out again next year? What about “The Voice”?

KARTIK: I probably won’t try “The X Factor” next year, but “The Voice” may be a possibility? I’ll keep you posted.

I AM STARSTRUCK: The song is called Home Away From Home. How would you feel about it becoming the new theme song for Home And Away? And speaking of the Australian soap, would you consider making a cameo on the show?

KARTIK: That would actually be a (new) dream come true if it was used on the Aussie soap! My mum and sisters are addicted to that show, and they’d be so proud!

Performing on that show will hopefully be a reality soon and something to work towards for sure. Just like you, I’m very proud to be Indian and represent us in the arts industry as that has always been a goal of mine. It would make me the happiest person alive to spread my music to the world, but more so as a way to give back to my parents who’ve sacrificed their world for me and my sisters. 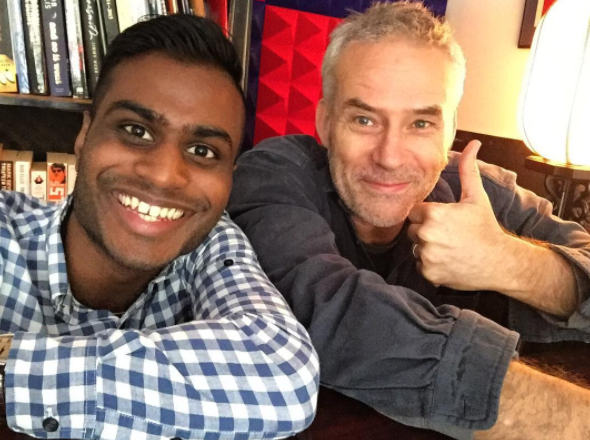