In this show hosted by Ray Martin, six celebrities will ‘get a sense of what it’s like to be an Aboriginal Australian’ over a span of 28 days. The second season of First Contact is set to air on SBS and NITV next month, with six well-known Australian celebrities being taken on ‘one epic journey into Aboriginal Australia’.

Two famous names particularly stood out to us from the promo after they made some bold admissions.

And while it’s easy for us to quickly condemn these stars as racist and insensitive, it should also be appreciated that they are speaking with honesty.

After all, their views are shared by many others in Australia, but they just happen to be the mouthpieces…. who can either continue to encourage such perspectives, or perhaps learn something from their experience on the show and form different opinions in the future.

Actress Nicki Wendt, who starred in ABC’s The Ex-PM last year, didn’t hold back in the promo, admitting: 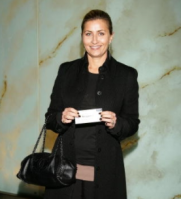 “If pushed I would have to say I have had racist thoughts about Aboriginal people.

I don’t hate them, I don’t love them, but maybe I don’t care or think enough about them.” 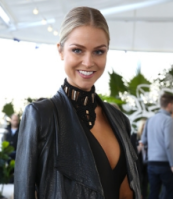 “I know a lot of Aboriginal people believe they’re owed something but I just feel like everyone should be treated equally.

They kind of need to forgive whatever they think has happened and move on and just try and just be equal with everyone.”

The other stars also offer their views in the quick clip, with Ian ‘Dicko’ Dickson revealing he’s given up alcohol as a mark of respect, while Tom Ballard touches on the notion of white privilege.