It seems like just yesterday I was puckering up in front of the mirror while applying a fresh coat of candy pink lippie.

And now a month has passed and it’s the final day of Liptember – a campaign asking supporters to sport their favourite lipsticks, while raising funds and awareness for women’s mental health issues during September.

The money raised will be donated to The Centre For Women’s Mental Health and Lifeline Australia, and it’s important to note that you can continue to support these charities even after Liptember ends.

Nowadays, practically every month is dedicated to a charitable campaign, and I’m certainly not one to dismiss the significance of any of these worthy causes presented in front of us.

But this month Liptember has really struck a chord with me, so I’ve decided to dedicate a blog post to it.

Last month my social media feeds were inundated with posts from male friends and acquaintances, supporting the ‘It’s OKAY To Talk’ campaign.

More often than not, there was a photo of a guy making the ‘okay’ emoji hand gesture, along with a caption like this:

‘The single biggest killer of men aged under 45 is suicide. In 2014, 4623 took their own life. That’s 12 men every day, 1 man every two hours! 41% of men who contemplated suicide felt they could not talk about their feelings. Only 20% of people know that suicide is the most likely cause of death for men age under 45. Let’s show men across the world that #ITSOKAYTOTALK take a selfie with the tag 5 friends and let’s get the message out there.’

The viral nature of the campaign was incredibly touching, and there’s no doubt that depression and suicide amongst men is something that should be spoken about.

But amongst all of the trending hashtags and emojis online, a friend reminded me that it’s not just men who are susceptible to mental health issues…. depression doesn’t discriminate!

I believe no human in this world is immune to some level of anxiety or depression or just feeling blue from time-to-time because that’s life. Things won’t always be perfect (which I’m pretty sure you’re all well aware of anyway).

According to the official Liptember website, one in three women will suffer from anxiety, while one in five women in Australia will experience depression at some point in their life.

So it’s wonderful to have had the month of September to direct some further attention to women’s mental health issues, all the while showcasing some stunning shades of lipstick.

I challenge you to keep painting your pouts in the glossiest pink or most daring chocolate hue you desire as the months roll by, because it’s not like people just stop being depressed when September ends.

Continue having those conversations. Sometimes a lending shoulder for one to lean on is all it takes to alter that person’s potentially life-changing decision for the best.

Take a look at what these famous ladies have said about mental health in the past:

‘The first time I had a panic attack I was sitting in my friend’s house, and I thought the house was burning down. I called my mum and she brought me home, and for the next three years it just would not stop.’ (Source: Wall Street Journal)

‘Like many Australians I have been through many trials and tribulations which in turn have made me question life and whether it was all worth it. In retrospect I wish I had reached out for help sooner…’ (Source: Lifeline Australia)

‘The most common reaction is, “How can you be depressed? You have everything going for you. You are the supposed number one heroine and have a plush home, car, movies… What else do you want?” It’s not about what you have or don’t have.’ (Source: Hindustan Times)

‘We should not take our mental health for granted. We all need to take the time to look after ourselves and put strategies in place to keep ourselves emotionally healthy. We also need to know when to ask for support.’ (Source: Lifeline Australia) 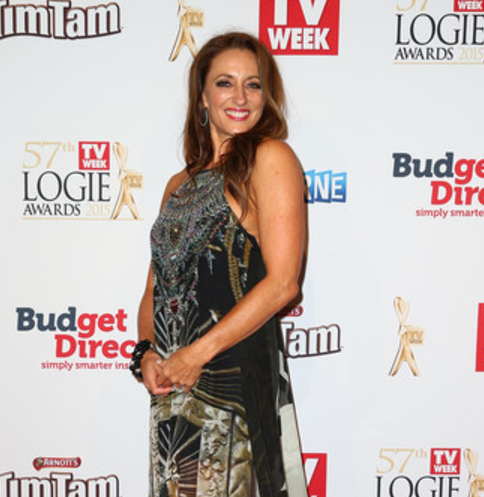 ‘Sometimes you don’t have a choice about what happens to you, necessarily, but what you do have control over is how you deal with it.’ (Source: Beyond Blue)

‘I was surprised at how easy it was to get the help once I got it and I wish I had had gone much earlier… I would say to any woman, go as soon as you don’t feel well, go as soon as you feel angry towards you newborn for no reason. Even if you think you’ve got one symptom of what I’ve just said, go to your doctor because it is so simple to get diagnosed, and it is so simple to start getting a bit of joy back.’ (Source: Beyond Blue)

‘Promised myself I would not let exercise be the first thing to go by the wayside when I got busy with Girls Season 5 and here is why: it has helped with my anxiety in ways I never dreamed possible. To those struggling with anxiety, OCD, depression: I know it’s mad annoying when people tell you to exercise, and it took me about 16 medicated years to listen. I’m glad I did. It ain’t about the ass, it’s about the brain. Thank you @tracyandersonmethod for showing me the light (and @bandierfit is where I bought my Florida mom inspired workout look.) #notsponsored#stillmedicated” (Source: Instagram)

You can make a donation to Liptember here.