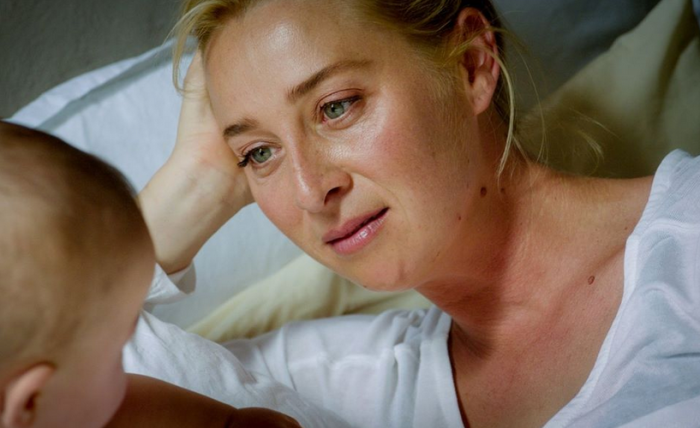 Season 5 of Offspring is set to return to Aussie screens after Easter
Image Source: Channel 10

I’ve been moved to tears tonight because I finally watched the season 5 sneak peek of Australian drama Offspring.

I’ve been putting this off for a couple of days but I finally bought a new box of Kleenex and decided it was time to face the music.

The super hunky doctor and lover of main character Nina Proudman (played by Asher Keddie) died in hospital after being struck by a car.

Not only was the finale a tear jerker with Patrick’s funeral, but gorgeous Nina gave birth to the couple’s daughter and viewers got a chance to witness the beautiful sisterhood of the Proudman girls Nina and Billie.

The preview for the new season has finally been released, revealing Nina’s tumultuous emotions six months after the death of Patrick.

More settled in with her bub, the charismatic obstetrician opens the teaser video speaking candidly to her daughter.

‘We’ve been alright these last six months, haven’t we?’ she asked her little princess.

‘I’ve tried not to damage you by wallowing in my grief.’ Later in the video, another monologue of Nina says: ‘I don’t know, I guess life goes on.’

And that’s exactly what we see in this video – Nina taking her daughter to swimming classes and enjoying times with her family in true Proudman style.

As times get tough and the blonde beauty reaches breaking point, her sister and mother are on hand, reminding the new mother that Patrick would have wanted her to be happy.

And whilst the widow still grieves her loss, there may very well be a new light of happiness just around the corner as we see her therapist Lawrence ring and ask Nina to meet him for a coffee date.

‘I have my daughter.  I have my family.  That’s more than a lot of people ever get,’ was the Nina monologue that made me truly well up.

It’s a line towards the end of the clip and I must say that the producers and writers have done a fantastic job dealing with these sensitive story lines.

This season is going to be phenomenal and I’m looking forward to the drama no doubt picking up a few more Logies in two weeks’ time. 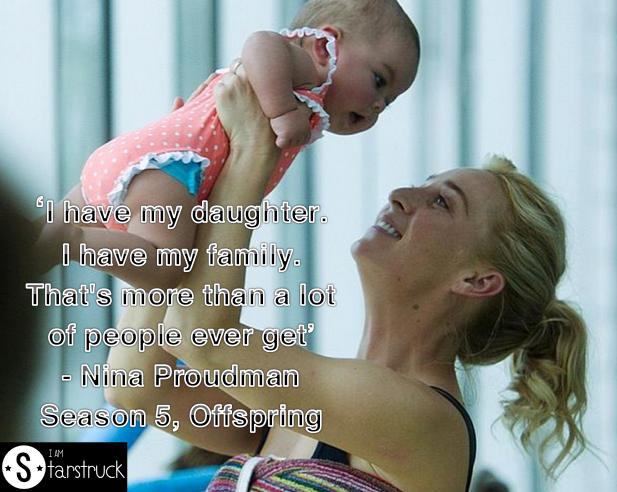 Inspirational, phenomenal.. This new season will take your breath away