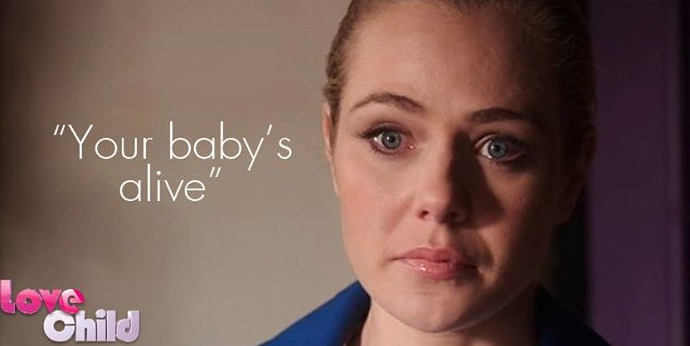 Bombshells will be dropped in the Season One finale of Channel 9’s Love Child
Image Source: Love Child Facebook

Struggling young mothers, abandoned babies, single nurses and married doctors who heavily flirt with each other – Australia has been immersed in the compelling story lines of new drama Love Child over the last two months.

And tonight the Channel 9 show will end its first season with an action packed finale.

Set in the 1960s of Sydney’s Kings Cross, the stellar Australian small screen production stars the likes of Jessica Marais and Jonathan LaPaglia (pictured below).

Marais plays midwife Joan Miller, who has returned to Sydney from London to work at the Kings Cross Hospital.

LaPaglia plays the oh so charming Dr Patrick McNaughton (is it just us or is every sexy doctor on Aussie TV called Dr Patrick?!#Offspring).

Tonight’s episode reveals a few big bombshells at Stanton House, the most pivotal being Annie (Gracie Gilbert) discovering who has adopted her baby.

And whilst the cliffhangers will leave you on the edge of your seats, fret not as a season 2 is in the works.

After only two episodes of the drama aired earlier this year, Love Child was officially renewed for a second season.

All major cast members will be returning for season 2 including Packed To The Rafters star Jessica Marais, Underbelly hottie Jonathan LaPaglia and Rhonda and Ketut favourite Mandy McElhinney.

We don’t see any Ryan Corr on that list. #TEARS

The second reason will kick off with a jam packed episode revolving around activities on New Year’s Eve 1970.

So far we have witnessed the antics of Kings Cross in the 1960s, so season 2 will expose audiences to a new decade.

Make sure you tune in to the Love Child finale tonight, 9:00pm on Channel 9.