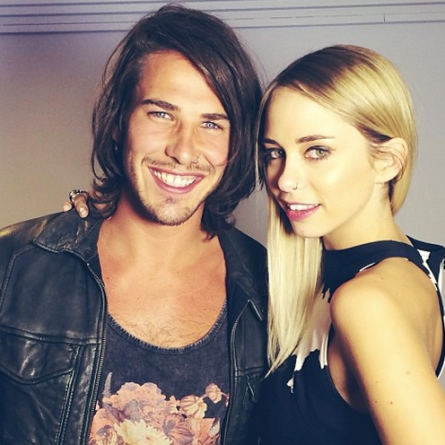 It was the reality TV romance that redefined controversy.

But love in the real world has proved to be a challenge for the pair after leaving the Big Brother house.

Tully has confirmed the pair’s break up to OK! Magazine, admitting that pressures from friends and fans had an influence.

“Getting back into your own reality and catching up with friends who don’t really understand what’s just happened; you feel a bit lost figuring out where you’re going career-wise, and everyone thinks we’re rolling in cash but we’re actually all broke,” she says.

From living in the same house for almost three months to pursuing a relationship in different states, the whirlwind TV romance quickly changed direction and the pair mutually agreed to split over Christmas.

But Drully fans fret not, there is still a chance of rekindled romance on the cards.

“At the moment we are supporting each other. Maybe in a few months’ time we can give it another shot, but for the moment we’re just mates,” says Tully.

To read the entire exclusive interview with Tully, check out OK! Magazine now.

PS: We chatted to dreamboat Drew after his eviction.  Watch below, enjoy and drool!

And if you want even MORE Drully goodness, check out our Drew and Tully archives from our old Tumblr site!