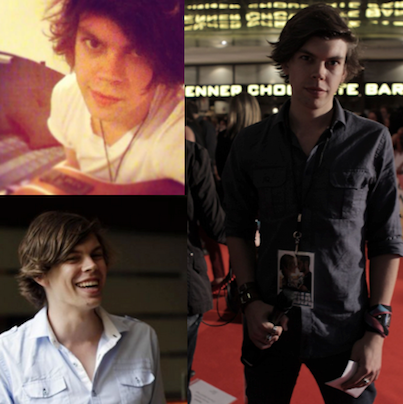 The 26 year old reporter has the dreamy eyes, cute smile and ruffled hair that has left him mistaken for One Direction’s Harry this week with the boy band in town.

James has written about his run-ins with the local paps and crazy fan girls for ‘The Daily Telegraph’ – read it HERE .

All we can say is that whilst poor James is struggling with the attention from the ladies… he may very well nab himself his own Taylor Swift (pretty awesome Mr.. win-win all the way)!

Have you spotted the 1D boys around Oz?  Let us know.