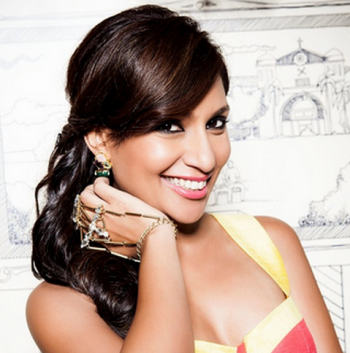 From sultry saris to film fun and desi drama, MissMalini.com has you covered when it comes to seriously juicy Bollywood gossip.

Here’s our ‘Quick 5’ chat with the site’s founder Malini Agarwal, and if you haven’t checked out our extended profile piece on her yet, simply click HERE.

1. Consumers have more choice than ever, with online and print co-existing in today’s media landscape.

Malini believes ‘both have their own place’ in the current media landscape.

‘I still love the idea of looking through a glossy – the smell of it and the feel of it,’ she tells I Am Starstruck: Bollywood.

However also emphasising the appeal of the immediacy of the internet, she explains her website is able to accommodate for audiences who would like to read the news as it happens.

‘For instance Shahid Kapoor gets married. You don’t have to wait till the next day for pictures. It’s right up there,’ she says.

‘It’s also interactive,’ Malini says of the blogosphere and increased prominence of social media, explaining she thinks this ‘is really great because you can sit and look at a TV or look at a newspaper and say “oh my god, I can’t believe this is happening”‘, but on the internet fans are ‘literally one tweet away from your favourite celebrity’. 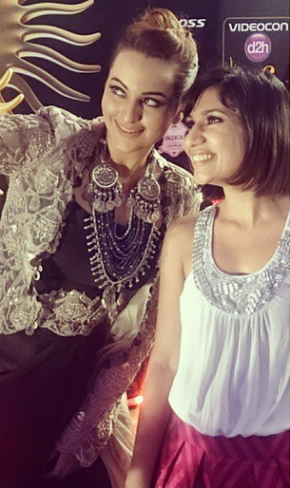 ‘I think she looked fabulous,’ Malini says, referring to the array of outfits Mira sported during the wedding festivities, including designs by Anita Dongre and Manish Malhotra.

‘I really like that her colours were sort of light. There was the yellow and pastel which is unusual because usually you go really dark and heavy and her wedding outfit was this light baby pink.’

Adding ‘the jewellery really complemented her’, Malini says the 21-year-old beauty ‘looked really well put together and it seems like she has really good taste’.

3. No stranger to strutting the red carpet herself, Malini knows how to put her best fashion foot forward.

The 38-year-old’s stylist is Marvin D’Souza, who has broad experience styling promotional campaigns across television, and now works as the Head Stylist for MissMalini.com.

‘He’s amazing,’ says Malini of her style savvy pal. ‘He’s been styling me for many years now and he’s also a dear friend.’

‘He finds the best looks for me that suit my personality, but also helps me experiment sometimes. He makes me do things out of the box which I’m usually really scared to do, but then I love it once I do it so he’s the one.’ 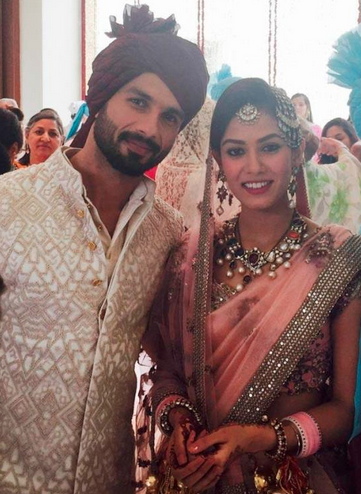 4. Bollywood is now a global phenomenon, especially with the world wide web.

There’s no doubt Australian cricketer Brett Lee has a legion of fans abroad, and is set to further cement his popularity in India with his first film unINDIAN.

‘I think it really goes to show the impact Bollywood has.’

She adds: ‘I love the fact that when I look at the statistics (of her website), I see where people are logged in from. It’s everywhere from the corners of Madagascar to Spain. So I think it really bonds people.’

5. Miss Malini dares to bring her spice Down Under.

Having already been to Australia in 2014, she says: ‘Queensland was beautiful. I was really, really excited to be invited by the Tourism Board as one of 22 of the world’s top travel bloggers.’

And Australian fans can fret not, as another trip may be on the agenda.

‘I definitely want to come back,’ says Malini. ‘I think it’s one of those places you need to spend more time.’