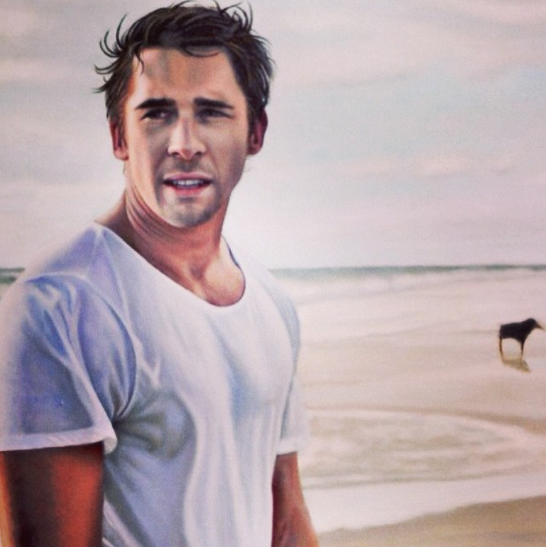 Last year Australian actress Asher Keddie’s portrait was in the running for the Archibald prize, and this year there is yet another Australian small screen star featured in the  annual art competition.

Local actor Hugh Sheridan has been immaculately painted by South Australian artist Sheree Wright, as she hopes to take out the 2014 Archibald prize for her portrait of the Packed To The Rafters star.

Hugh took to his Instagram account earlier this month, with a digital version of the portrait along with the caption, ‘South Australian #artist Sheree Wright #love this#painting #thankyou You deserve the #archibald.’

The mesmerising image of the leading Offspring actress landed the 2013 People’s Choice Award.