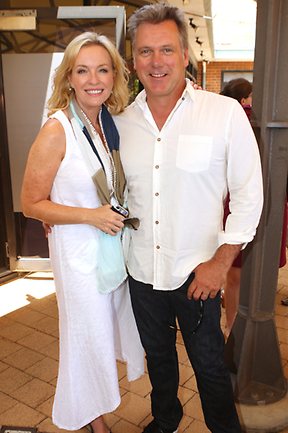 It has been a week since ‘My Kitchen Rules’ hit Aussie screens for 2012, and on its first day, the popular reality show was already No. 1 in the ratings stakes!

The show’s launch was held last week and joining chef judges Pete Evans & Manu Feildel, were none other than some of the hottest Channel 7 stars including Rebecca Gibney & Ada Nicodemou!

Here are the hot shots for YOUR viewing pleasure!