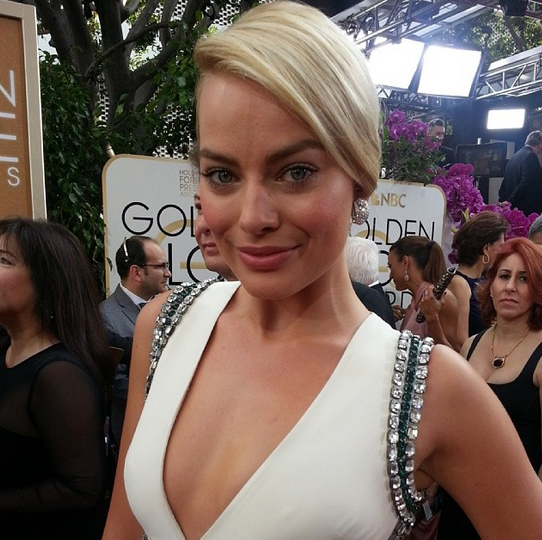 We were just a little head over heels for her fitted white Gucci gown.  The high split screamed out just enough sex appeal! #Hot

But believe it or not, there’s more to the home grown beauty than meets the eye.  So here are five things you need to know about the Aussie stunner.

2. Before the glamour of getting up close and personal with TV babes, Margot worked at Subway.

3. She’s only 23.  With her sophisticated style and Leo DiCaprio co-star status, Margot is yet another young Aussie repping us in Hollywood.  Overachiever much?!

4. She told the New York Times that it took three tequila shots for her to do the nude scene in The Wolf of Wall Street.  Perhaps it does take some courage to get hot and heavy with Leo DiCaprio?

5. Margot admitted at the 2014 Golden Globe Awards that the red carpet atmosphere reminded her of the TV Week Logies.  Moral of the story: Aussies rule!