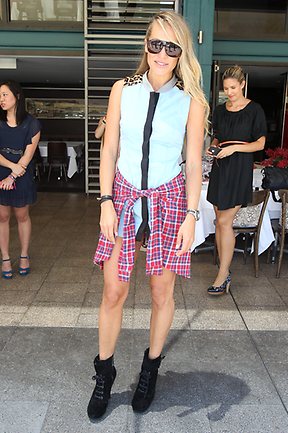 Yes it is already that time of year again.

We know that drooling over sexy men is an all year round activity, but thanks to Cleo Magazine, the first few months of every year are an extreme perve fest – YUM!

Cleo Magazine’s annual Cleo Bachelor judging lunch was held in Sydney this week and the hottest female stars in the entertainment industry had the task of deciding who makes the cut.

Looking at shirtless pics of thousands of eligible men in Australia – it’s a tough job, but someone has to do it.